In Greenland, the ice flows outward from the heart of the ice sheet, a dome of ice the size of the Gulf of Mexico, and either peters out on land or follows fast-flowing ice streams and icebergs all the way to the ocean.
Four miles (six kilometers) wide and several thousand feet thick, Jakobshavn Glacier is an icy Amazon, disgorging more icebergs than any other Greenland glaciers.

In this reel, midnight sun cruises bring us on to the edge of the pink glaciers.
A journey to the heart of the planet.

Also featured in this reel the Disko Bay, where blue whales navigate and breath in the gray early morning while icebergs of all shapes and volumes, drift incessantly like modern sculptures in the making.

Qaanaaq  formerly and still popularly known as Thule or New Thule, is the main town in the northern part of the Avanaata municipality in northwestern Greenland.
It is one of the Northernmost village in the world.
The inhabitants of Qaanaaq speak the Inuktun language and many also speak Kalaallisut and Danish.
The town has a population of 646 as of 2020.

Qaanaaq is located at the northern entrance of the  Inglefield Fjord (Kangerlussuaq). 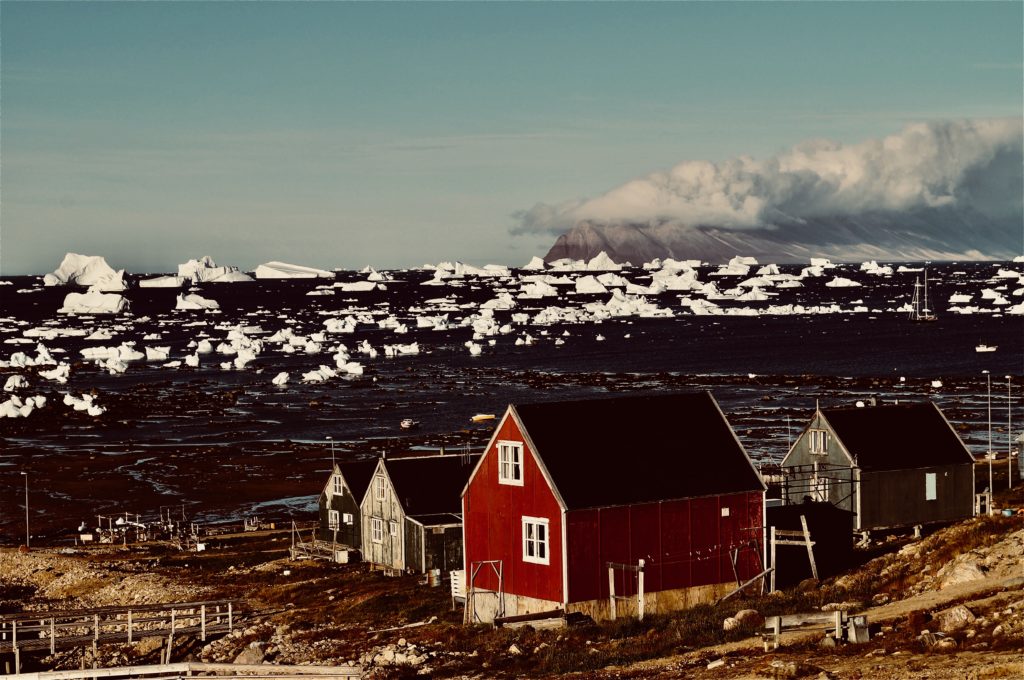 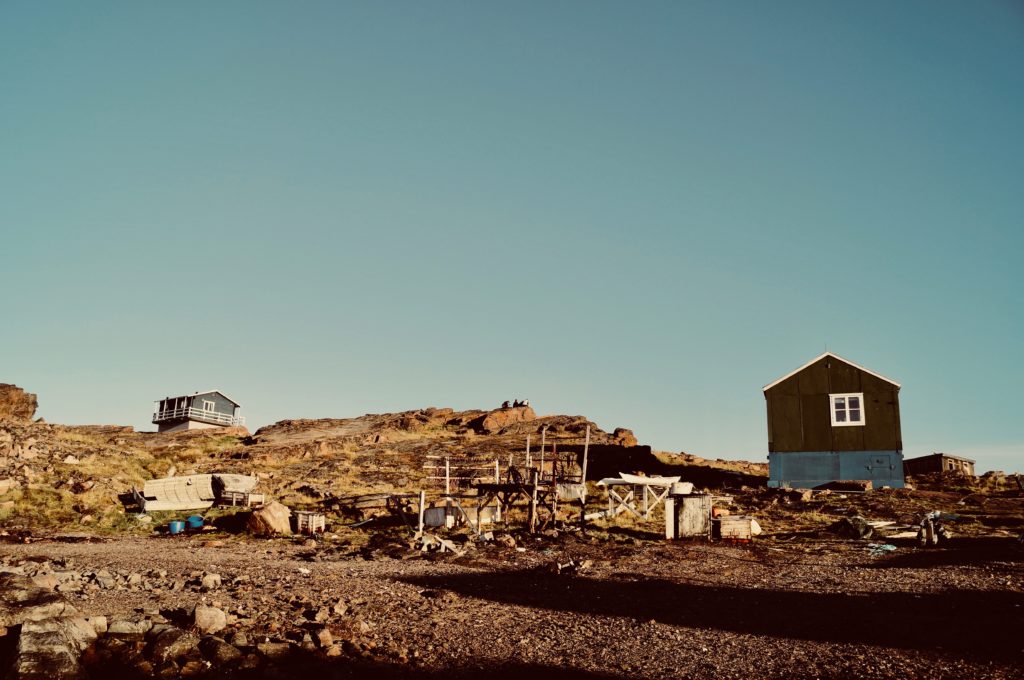 The town of Qaanaaq was established in the winter of 1953 when the United States expanded the Thule Air Base and forcibly relocated the population of Pituffik  and Dundas 31 km (19 mi) to the north within four days.
The settlement was subsequently moved another 100 km (62 mi) to the north.

Not far from Qaanaaq is the settlement  of Qeqertat  located in the Harvard Islands , near the head of the fjord.
A hunting ground for the locals. 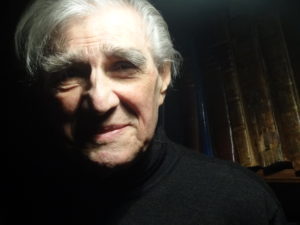 His book The Last Kings of Thule originally published in 1953 became a best seller in the studies of Arctic people.
In this excerpt  (5′ 08″) from “INUIT LANDS The Melting Point”  Jean Malaurie narrates his arrival in Siorapaluk , in North Greenland.
The interview was filmed in Paris in 2013.

The “one who speaks with the rocks and who  dedicated his life to the defense of the Inuit people”, remembers here the first day of his arrival in 1950, in the tiny settlement of Siorapaluk, the northernmost place inhabited on earth.  (60 habitants in summer, 6 in winters. c/2012)

It is in Siorapaluk that Jean Malaurie will spent most of his time, between 1950 and 1953, studying the rocks and the screes (“Ujarassuit”eboulis)  but also the Inuit people who will fascinate him for the rest of his life.

“Myriads  of little birds, the “Agpaliarsuits”( little Auks), came “to welcome” me”

And thus the story goes … like in old explorer tale during the long arctic nights made of dreams and myths.
If the day is scientific, the night is animist in these very remote icy regions.
What is for certain is something magical happened there,  something that ended up forming his conception of the “wild thinking” ‘
(“La Pensee Sauvage“) a reformation and re actualization on the terrain of the philosophy of Claude Lewis Strauss (Tristes Tropiques) who he was the disciple for many years prior to his travels to the Pole.
The scientific and human discovery he will find in this place will change Jean Malaurie’s life forever.

“I am happy that this thought and this place have never left me “,  he testified one day, in 2013.
https://patrickmorell.com/works/people/conversations/#jean%20malaurie
For more on this animist philosophy, see the documentary “Inuit Lands, The Melting Point” released in 2017 in the US and 2015 in France.
https://patrickmorell.com/films/#inuitlands 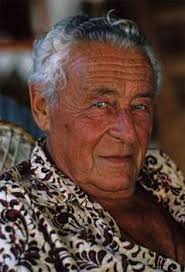 From his first visit to Greenland in 1934 to his last visit to Antarctica in 1987, Paul Emile Victor  covered almost 312,000 miles over ice and snow.
Spending harsh winters with native peoples, he documented the polar regions and the ways of life he found there in numerous books, paintings and scientific papers.

In 1947, he founded the French Polar Expeditions to oversee French scientific missions whose goal was the study of the relationship between oceans and the atmosphere and set up polar study camps.

This reel from 2013 offers views from his cabin where he was stationed in the 1950’s in proximity of the EQI glacier in Western Greenland. The cabin needed restoration.
Today, there is a Cafe Victor,  where you can have your meals.
Despite its location “in the middle of nowhere,” the kitchen staff is known for serving really good food, and the chef takes pride in the fact that the food is super-delicious and something you would not expect out here in the wilderness.
(Source: Greenland Travel)
Times have changed, indeed!