The Tibetans who lived north of Mt “Everest” or  “Chomolungma ”, in Tibetan, which translates to “Goddess, Mother of the World”.
Unlike the Nepalese side, the Tibetan side of Everest is wilder and devoid of crowds.

Only a few scientists come here and a few monks live at its foot, in the Rongbu monastery, featured in this reel.

The reel offers striking sunrise and sunset views of Mt. Everest, which are presented from several points of view in a two days period.
Everest is usually covered in clouds during the year, but that day the beautiful October light afforded a cloudless scene.

All members of the crew were Tibetan.
The score is by the Monks from the Sakya Monastery (U- Tsang province/ Tibetan Automous region.)

Changtang is a high plateau that extends nearly one thousand miles, from northwest Tibet, to Ladahk in the southeast, then east as far as modern Qinghai.
Tibetan Nomads live in this rugged,  high-desert environment.
The Tibet-Qinghai Highway is the only road that crosses north and south, bringing goods in and out of Tibet.
It was built in conjunction with the laying of the tracks for the Beijing-Lhasa train, which opened in 2006.

Lost souls and ghosts of the ones who died by thousands in the construction of the Highway still haunt the place particularly at the Tangula Pass, here featured.

The Kunlun Mountain Range constitutes one of the longest mountain chains in Asia, extending for more than 3,000 kilometres (1,900 mi).
In the broadest sense, the chain forms the northern edge of the  Tibetan Plateau south of the Tarim Basin.

You have to cross the Kunlun Range from south to north on a Tibet- Qinghai highway in order to go north  to the town of Golmud in the Qinghai province.

Namtso Lake is the largest lake in the Tibet Autonomous region.

It  is often described as sapphire blue in color and is ringed by a number of magnificent snow covered peaks.

At 4,718 meters (15,475 feet) above sea level and covering 1,900 square kilometers (735 square miles), it is the highest saltwater lake in the world and the second largest saltwater lake in China. The Qinghai lake being the first.
Meaning “Heavenly” or “sky” in Tibetan, Namtso Lake is regarded as one of the holiest lakes by Buddhist pilgrims, in Tibet Autonomous Region along with Yamdrok Lake, Lhamo Lhatso Lake and Manasorovar Lake.

There is a small monastery  called the  Tashi Dor Gompa, on the peninsula which stretches into the southeastern edge of the lake.

This monastery has a number of hermitage caves including one said to be where the famous Indian master  Padmasambhava and his consort Yeshe Tsogyel live.

These cave hermitages have for centuries been the destination of Tibetan pilgrims.
The Tashi Dor Monastery featured in this reel, is located at the southeastern corner of the lake. 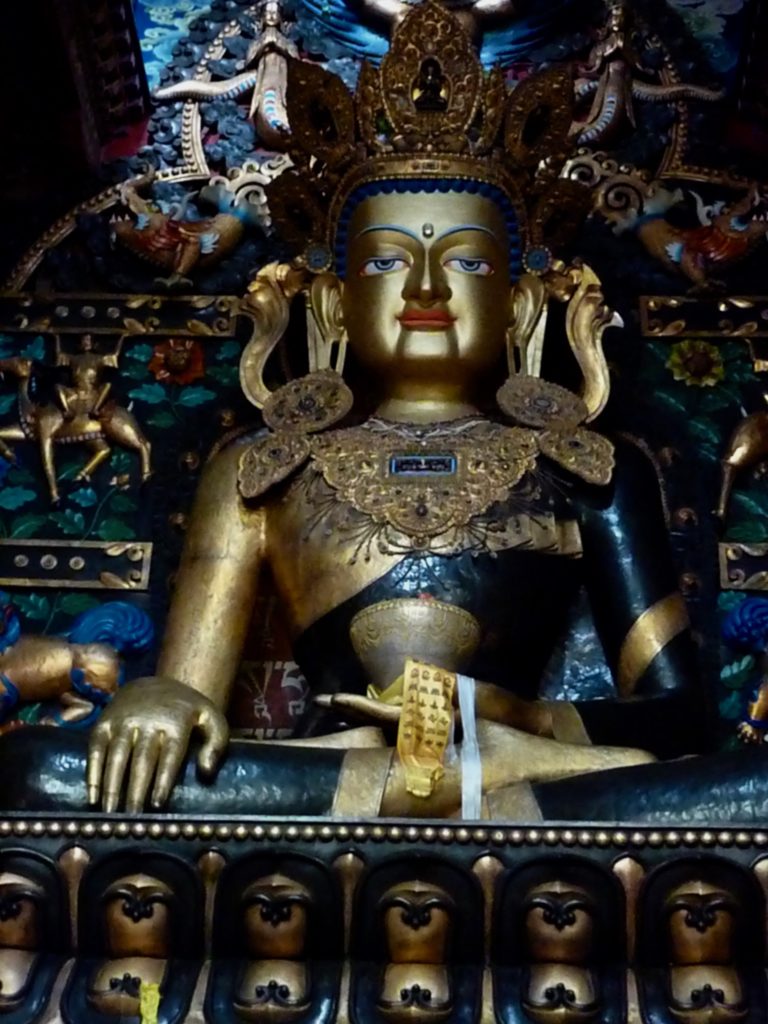 It is based mainly on the rigorous intellectual discipline of Madyamika and Yogachar a philosophy which  utilizes the Tantric ritual practices that developed in Central Asia and particularly in Tibet.